Automate your Raspberry Pi with PiJuice

The PiJuice is a power management HAT that brings a lot of helpful tools to your Raspberry Pi. Here I provide a guide to program your Raspberry Pi to turn on and off automatically, run a script, and write a logfile.

The Raspberry Pi has no native power management program that enables power supply monitoring and automatisation. This means that when the supplied DC power is too low, such as with unreliable power sources, or power drops completely, the Raspberry Pi will turn off abruptly, with the risk of losing data and corrupting the SD card. 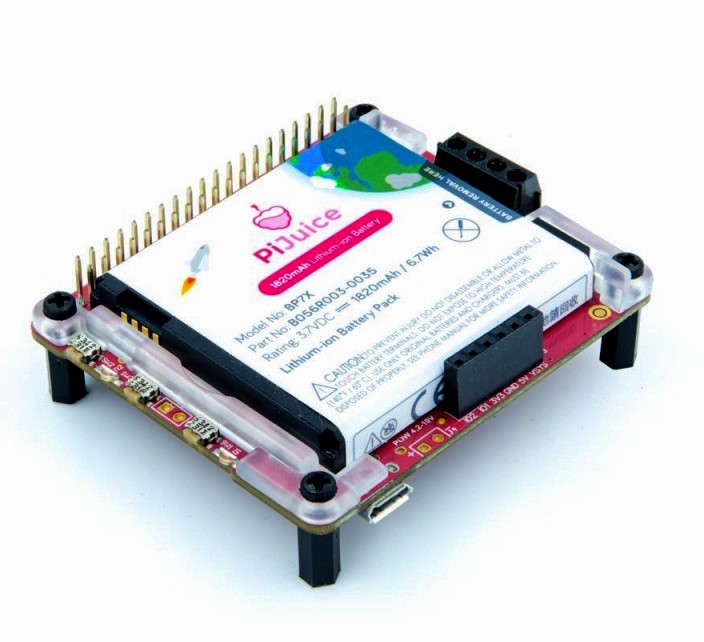 A number of HATs exist, including the PiJuice, that provide power management tools for the Raspberry Pi. These HATs can augment the DC power supply from a battery such that fluctuating DC power sources, such as from a connected solar panel, can be utilised effectively. They can also help create an Uninterrupted Power Supply (UPS), such that in the case of a power outage it will automatically switch to battery input.

A key added benefit of power management HATs is that they tend to enable intelligent wake-up modes and the automated initiation of user-defined scripts, which, in combination with the true low power deep sleep state (< 1mA), can help to considerably reduce power consumption, which is our aim here.

We want to log each time the raspberry pi boots and turns off. For this we will write simple Python scripts and then edit the startup and shutdown services. Follow this guide how to write the logfiles. For this example we will use a file named /home/pi/pistatus.log.

Next connect your PiJuice to the Raspberry Pi via the GPIO pins and download the PiJuice software: 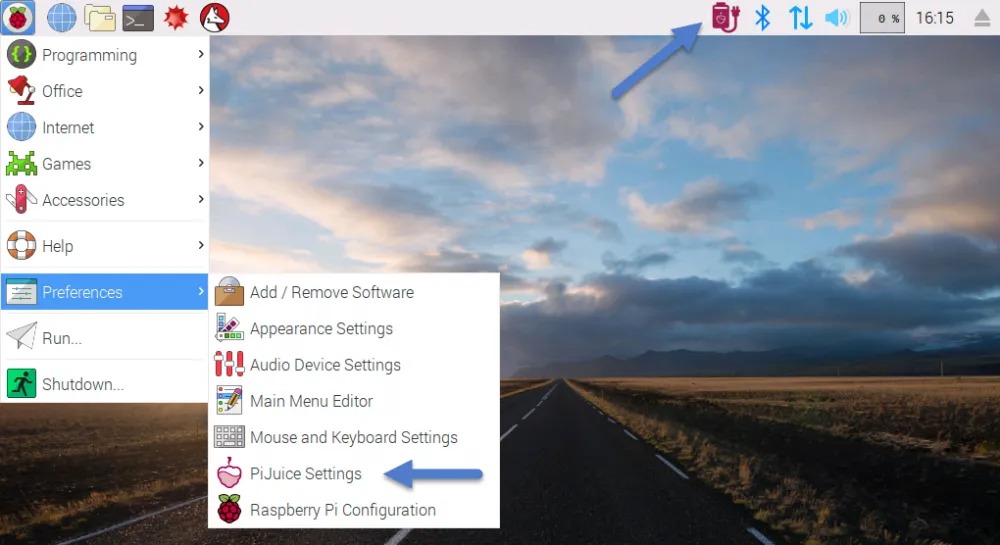 A lot of detailed information on how to use the GUI can be found on the PiJuice Github page. Here I focus on some of the most important functions.

Turning the Raspberry Pi on and off automatically 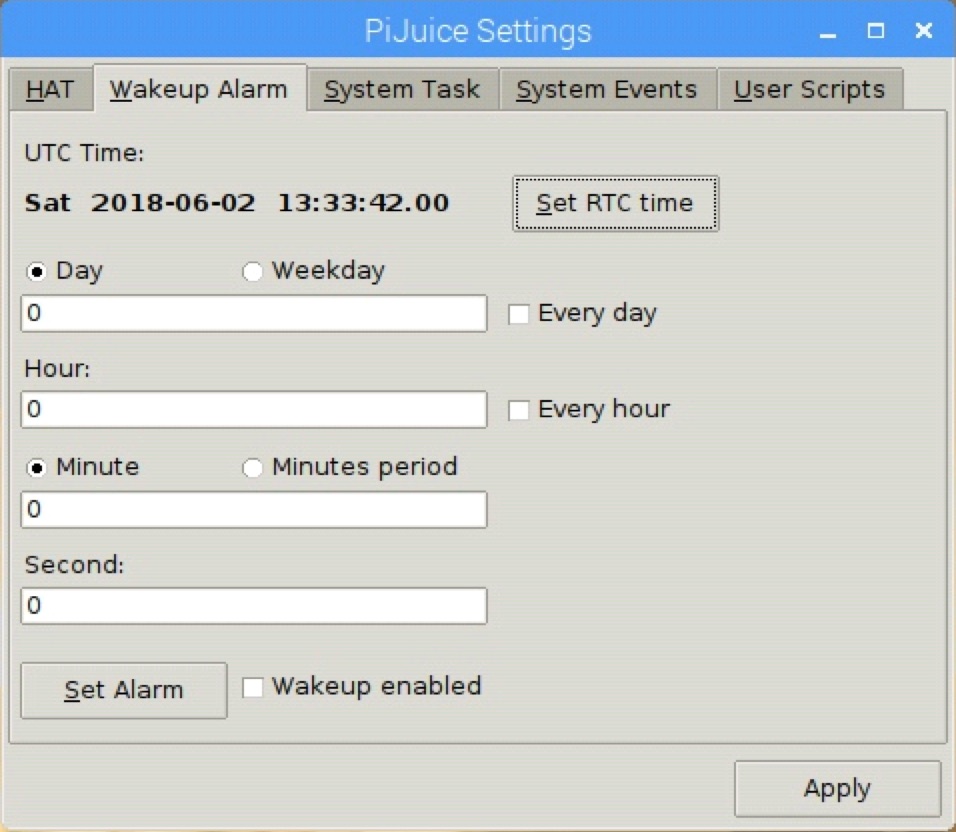 and add it to the startup service:

and just before the line exit 0 add the following:

Let’s test it! Turn off your Raspberry Pi. After 30sec its red light should turn off, indicating it does not receive any more power. After some time, it should automatically turn on again, at every 10min past the hour (e.g. 17:10, 17:20 etc), and then turn off again after 3min when only on battery power.

Turn off Raspberry Pi when battery too low

When the Raspberry Pi is powered by a battery and the energy is running low, it is best to turn it off and save power. To do this, create a Python file called myshutdown.py:

And add the following code:

Note that we added the line pj.rtcAlarm.SetWakeupEnabled(True) because when setting the Wakeup alarm for repeated wakeup, the Wakeup enabled capability is disabled due to the Raspbian RTC clock initialisation resetting the PiJuice firmware.

Also the Raspberry Pi should wake up even when there is no battery, therefore we added the line pj.power.SetWakeUpOnCharge(0).

Now when your battery drops below 10%, it will log this to our pistatus.log, blink the leds, and turn off automatically.