For optimal positioning of your Raspberry Pi camera, it is often best to place the camera as close as possible to the area you want to record just until only the area is in the camera’s field of view. Although this seems quite complicated at first, with a couple parameters and some simple formulas, we can easily calculate the optimal position of the camera. 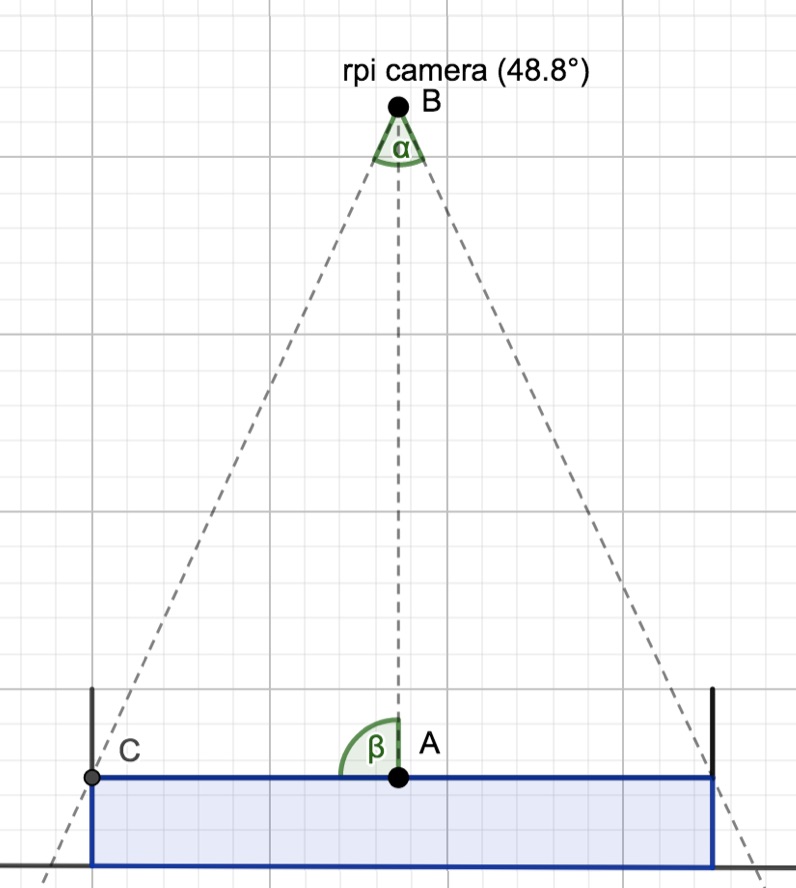 We can simply use Pythagoras to determine the distance from the camera (AB) if we know the camera angle (alpha) and the plane in view (half the arena). In R we can create a function to calculate the distance as follows:

Now we can calculate the minimum camera distance to have the full area in its field of view. Let’s say we want to record an aquarium to film the behaviour of fish from above. The aquarium will be 70cm by 40cm and have a water depth of 10cm.

will show as output: